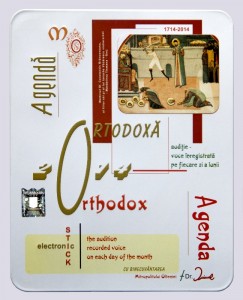 The Orthodox agenda for 2014 is an electronic stick in the form of candlestick. Each month has iconographic images of churches of the Archdiocese of Craiova, and referring to Gorj and Dolj. Each parish church or monastery is represented by various compositions, images or paintings in oil and fresco technique. Outside architecture of churches defines essentially the specific elements of each county. On each day of the month is recorded a voice that specifics the month, the day and the Saints from that day. Audio recording of voice has the option both in Romanian and in English. Recorded voice – Fr Marius Resceanu. The Orthodox Calendar for the year 2014 promotes the cultural heritage and the spiritual values ââof the Metropolitan of Oltenia. By that way it desired enhancement of Orthodox spirituality from Oltenia that is accessible to this time of the 21st century, when the computer is widely used. 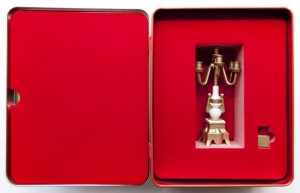